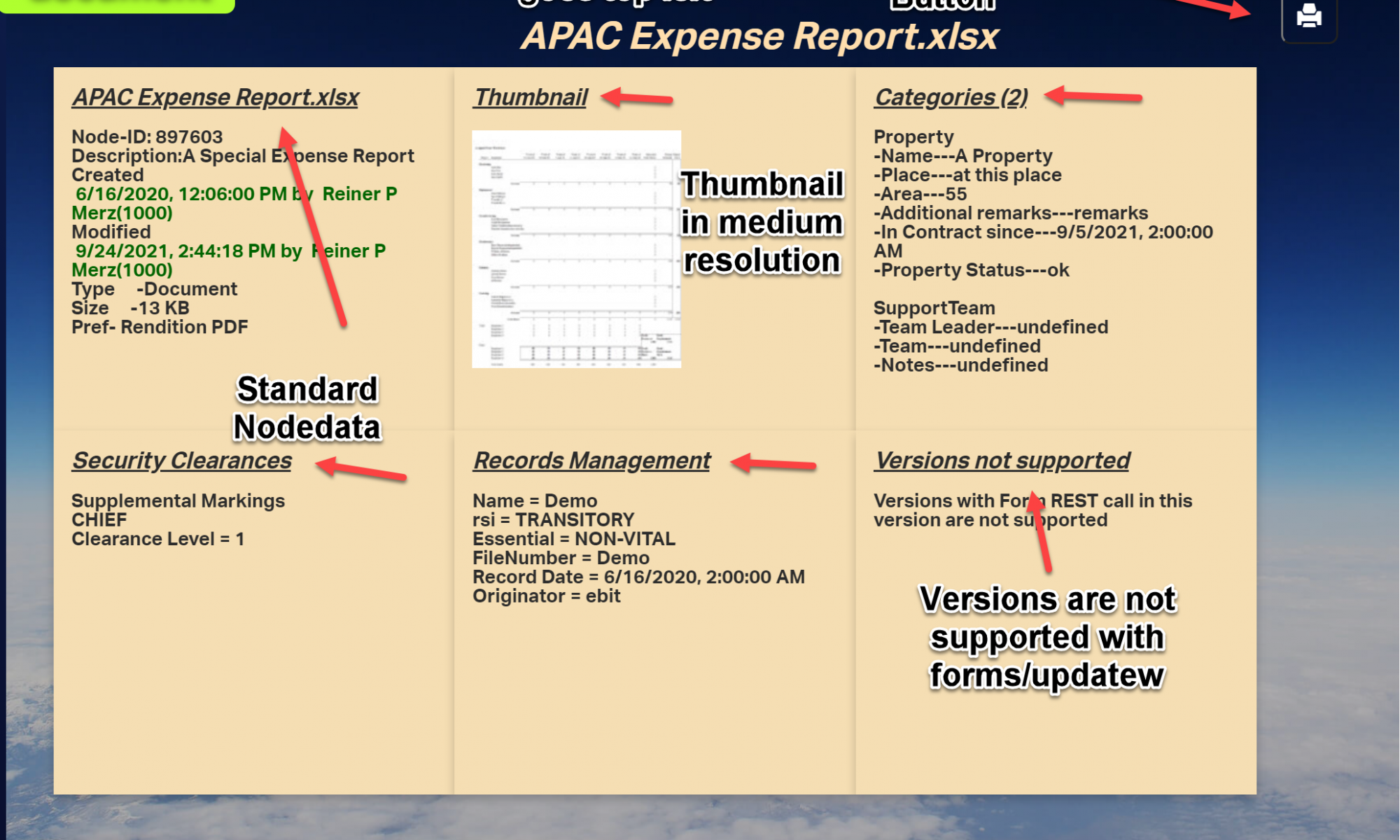 Two weeks ago I published a new video on Rethinking smartUI on Youtube. If you havn’t it seen yet, here is the short video. In this posts, we’ll go though the technical aspects of this new kind of approach to smartUI. This demo is a Document Pad (or short DocPad), displaying all document properties in a SCIFI GUI arrangement.

Part 4-A The Javascript Part 1

Part 3 The Infrastructure and the CSS

A. The technical infrastructure

Die DocPad is started via the index.html, found in the test folder of the docpad. This is because of its much easier to test modifications via index.html compared to installing the finished widget in the content server and trying it then.

The first part of index.html

The whole page is more or less standard. We habe 4 areas of interest in the first part. Dont forget, nuc was introduced in 21.2. In older versions nuc was not existant.

The second part of index.html

Here we have this points of interest

At the end there is immediate function starting with

This is inserted by Webstorm (my JS IDE) to allow auto-reload of changed files. You can ignore that, other IDEs will solve that differently.

Here, all css files used in the docpad are listed in the require.js list of required modules. For demo purposed and to keep things simple, I used 3 css files:

This file contains the basic css instructions to style the .hbd template shown at the top of list.

is the print style sheet to provide a proper output on paper.

Disclaimer: The css instructions selected do not impose or propose any styles to be followed, instead they are used for pure demo purposes here.

Here the main functionality of the css is found. One of the feature of css3, the variables, is used. In the pseudo element :root all variables used in different rules are defined.

At the end of the snipped you’ll see a media query, saying the following is used tor screen display.

The header + the footer

The bottom structure simply prints out other user data on the screen .

The nice digital effect is build with the font “digital-7”

The header is done with

Ther photo is inserted at the position of the .photo class in the size of 80×60 pixel. Then the photo gets this nioce rounded look using border-radius.

the footer conststs of three divs, which are positioned in 3 columns

The document display consists of six divs and are positioned using a css grid.

They are all children of the cube, using the display mode grid and displaying the 6 cards in two rows and threee columns.

Using the diffent REST methods in the js code, these cards were filled by the standard methods of DOM interaction from js. This will be the main theme of next weeks post, the js code of “Rethinking smartUI” Part 3.

This is a site to publish tips and tricks for the wonderful world of Content Server.